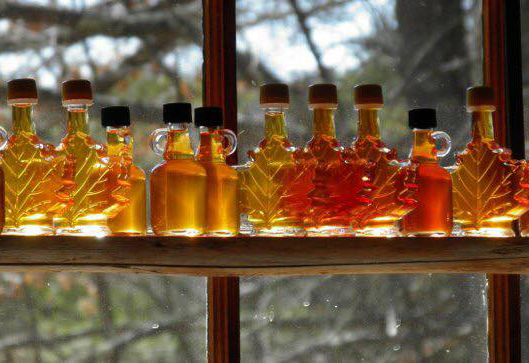 NH Syrup Production Near Average in 2014

Cold weather conditions extending deeply into the prime sugaring time for New Hampshire caused many producers to remain frozen out much later than other years. This year, start times were fragmented into three time frames. In the southern part of the state, temperatures followed the average starting time for boiling, starting in around February 23, with February 18 as the earliest reported date. A break from a persistent frigid weather pattern created sap flow for producers using gravity fed vacuum or buckets, allowing an average start date of March 12. The northern part of the state reported an average start date of March 29, with the latest start date of April 6.

The season ended for most producers around April 12, with some sugar makers experiencing their last boil as early as April 6, and others as late as April 22.

All grades of syrup were made this year with Grade A Dark Amber creating the majority of the syrup, followed closely by Grade A Medium Amber, with Grade B and Grade A Light reported in lesser proportions. A minor amount of Commercial grade syrup was reported.

Overall, the season’s production was nearly a full crop. The persistence of cold weather was instrumental in creating some of the deficit experienced by shortening the season for some producers by 30-50%, but more evidently by limiting sap flow for producers who do not implement vacuum systems in their sugar bush.