The Best NH Maple Syrup of the Year Award

This award is presented annually by the NH Maple Producers Association for excellence in production of maple syrup. Any NHMPA member can enter, and participation from novice to advanced sugarmakers is encouraged.

Commonly referred to as the Carlisle Award, the award is named for Lawrence A. Carlisle, a commissioner of Agriculture in the 1920s and 1930s, devoted to the development of the maple industry in New Hampshire and best known for introducing the maple grading system.

Qualified Entries
To enter, a NHMPA member must enter his or her syrup in a participating NH state fair for judging. NH Department of Agriculture inspectors at each fair award prizes based on all fair entries, including those from non-NHMPA members. All entries are judged by the state’s standards for density, clarity, and flavor. Post-fair, the NHMPA will recognize the top three syrup entries made by NHMPA members. That recognition will qualify them for the Carlisle competition.

Final Judging
Qualified competitors are responsible for the storage of their own syrup sample until the annual NHMPA Winter Meeting. All qualifying entries must be brought in person in a 2 lb honey jar to the winter meeting for final judging. All entries are judged at the meeting by density, clarity, and flavor. Competitors must be present to win. Prizes are awarded for the top five syrup entries.

A few areas to note
● Competitors must be a current NHMPA member in good standing prior to the start of the fair in which the syrup has been entered.
● Syrup must be Grade A and produced in NH.

The NHMPA is dedicated to providing a fair and friendly competition in the spirit of good sportsmanship. Any competitor taking part in non-sportsmanship-like activities may be disqualified from the competition.

The New Hampshire Maple Producers Association is proud to sponsor the annual Walter A. Felker Memorial Award Program. Commonly referred to as the Felker Award, the program and the monetary prize, aim to encourage interest by New Hampshire youth in the Granite State’s great maple sugaring tradition.

Open to NH residents, age 16 and younger, entrants are tasked with creating a project focused on any aspect of NH maple sugaring. This is purposely broad to allow youth to think outside of the box. Science projects, art projects, historical projects, or any other projects are all welcome.

To participate in Felker Award competition, each entrant must:

Although exact dates vary from year to year, entries to the competition are generally accepted through the third Friday in June with the winner announced at the annual Summer Meeting of the NH Maple Producers Association. 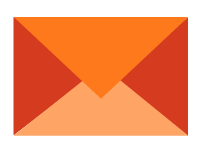